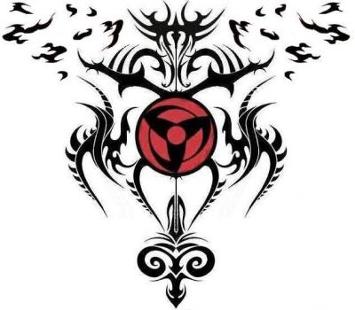 Its kinda obvious from the title. This is a Naruto RP forum. Where you can make a characters and make stories in the world of Naruto.

select your ranks using this site for a list of all ranks, and special ranks like medical-nin......http://www.narutohq.com/shinobi-ranks.php
The Chuunin Exams seem to have been posponed due to the lack of people signing up, more information will come in short time.
sign up in the leaf village, The Konoha Ninja Academy, with the information asked for so we know who is participating, and can make the stuff, javier, is gonna set it all up, msg him for any questions, he is 'admin'....
you may notice a plus(+) and minus(-) sign on the upper right side of each post... those are for the REP, click the plus to give rep and minus to take away, each click counts as a vote, and the vote means that you like or dislike the persons post or something....try it out!!!-----the person with the most REP by tuesday wins---
Log in
Latest topics
» Ramen Shop

» Valley of the End

Academy Student (忍者学校性, Akademī-sei) make up the student body of the Ninja Academy, where they are trained and prepared for life as a shinobi. They are not an actual part of the shinobi force, as they are still in the process of mastering the very basics of the ninja lifestyle. However, they can be conscripted as part of the war potential in times of emergency.


Genin (下忍, Genin; Literally meaning "Low Ninja", Meaning (Viz) "Junior Ninja") are the lowest level of ninja and also the ones that display the most difference in power. When they become Genin, ninja start to do their bit for their village's economy – being sent on missions that the village gets paid for. They are typically sent either on D-Rank missions, which are almost entirely risk-free jobs of manual labor, or, very rarely, on C-Rank missions, which are a cut above that and begin to verge on real "ninja" work that have a very low possibility of risk to the ninja involved. When Konohagakure was shorthanded in upper-level ninja because of the attack by Otogakure and Sunagakure, the village had to occasionally send Genin on higher-ranked missions.


Chūnin (中忍; Literally meaning "Middle Ninja", Meaning (Viz) "Journeyman Ninja") are ninja who are qualified to watch over and guide other ninja. Chūnin have reached a level of maturity that primarily consists of leadership skills and tactical prowess. This is because the genin who don't have the skills to become chūnin are weeded out in testing. Some of them, like Iruka Umino and Mizuki, function as Academy teachers and others, like Shikamaru Nara, serve as team leaders in charge of small teams who need to make decisions and utilize the skills of the shinobi under their command to the maximum effect. Chūnin are typically sent on C-rank or B-rank missions.


Tokubetsu Jōnin (特別上忍, Tokubetsu Jōnin; English TV "Special Jōnin"; Literally meaning "Special High Ninja"; sometimes known as Tokujō for short) are ninja who, rather than all-around Jōnin training, have Jōnin-level ability in a single area or skill, much like warrant officers of real-world militaries. They are elite specialists in their areas and are often assigned as subordinates to regular Jōnin when their services are needed.


Jōnin (上忍, Jōnin; Literally meaning "High Ninja", Meaning (Viz) "Elite Ninja") are generally highly-experienced shinobi with great individual skill who serve as military captains. They are often sent on A-Rank missions, and experienced Jōnin may even be sent on S-Class missions (which are considered to be the greatest difficulty). It is not unusual for Jōnin to go on missions alone. Jōnin are generally able to use at least two types of elemental chakra, some genjutsu, and above-average taijutsu skills.

Besides the standard ranks of genin, chūnin, tokubetsu jōnin, and jōnin, there are some shinobi who bear a special rank or function. For instance, Kumogakure has a rank between that of jōnin and Raikage. This Head Ninja helps in leading the shinobi forces and is capable of representing the village. Konohagakure has the Jōnin Commander, who represents the regular forces in councils and likely helps in commanding them.

The ANBU (暗部, Dark Side), short for Ansatsu Senjutsu Tokushu Butai (暗殺戦術特殊部隊, Special Assassination and Tactical Squad; English Version: ANBU Black Ops), take orders directly from the Kage, performing special high-level missions, such as assassinations and torture. The ANBU usually work in teams formed to the requirements of the mission, ensuring maximum success. The shinobi in the ANBU are hand-picked by the Kage; chosen for their individual capabilities and special skills. Age, gender, background, or previous rank bear no weight in this decision.
There are apparently no true ranks within the ANBU, as is the case with the regular forces. Team leadership and hierarchy seem to be based on merit and experience. The leaders of the teams are called squad leaders (分隊長, Buntaichō), a position held in high regards.

Groups
There are various groups within the ANBU, aimed at various different functions and tasks. Kirigakure, for instance, has the Hunter-nin, a group created solely for hunting down and disposing of missing-nin. Konohagakure has the ANBU Torture and Interrogation Force, who interrogate prisoners and work to gather intelligence. Though they were to officially disband, another ANBU group named Root would carry out extremely secretive missions and were not under the direct authority of previous Hokage.


The Medical Teams (医療班, Iryō-han) are the back-up of the shinobi forces. They consist of medical-nin, working behind the scenes to heal the sick and injured shinobi and to make sure the organisation is always in peak condition. Medical-nins are also similar to HM or Hospital Corpsman of the military in real life. They also do extensive research into new techniques, medicine, and into diseases and the human body. Although not seen very often, they are highly respected. Even to a jōnin, the advanced skills of these shinobi appear like magic.
Not all medical-nin are members of the Medical Teams, though. There are also medical-nin within the regular forces, who go along on standard missions to increase the success-rate. However, back in the village, it is the Medical Teams who run the hospital and treat the wounded.

Although the higher-ranking members of the regular forces often perform missions alone, most are done in teams. The most basic team is the one a genin is placed in after graduation. This so-called three-man cell consists of three genin under the guidance of a jōnin. These teams are meant to give the new shinobi practical skills, while already being a productive member of the organization. Usually, strong bonds are cultivated between the members of such a team, lasting their entire lives. Because of these bonds and the fact that working with one's long-time team-mates is usually more efficient, these teams often last even after all members have been promoted to chūnin or higher.
Besides these basic teams, there are also teams, and groups created for specific missions and tasks. Sometimes these are ad hoc teams only exist for the duration of the mission, such as the Sasuke Retrieval Team, but in certain cases these teams are more organized and lasting, such as the Nijū Shōtai, created to battle the Akatsuki threat.